View source
watch 01:36
We're Getting Mutants in the MCU - The Loop
Do you like this video?
Play Sound

Mothman is a legendary creature that strongly resembles Owl Man and was reportedly seen in the Point Pleasant area of West Virginia from approximately November 1966 through December 1967, dozens of people reported sightings of a huge, semi-human winged creature with glowing red eyes in and around Point Pleasant, West Virginia.

At between 6.5 and 7 feet tall and with a wingspan of nearly 10 feet, the shadowy creature was reportedly able to fly great distances at speeds up to 100 miles per hour.

All who encountered this menacing creature were terrified by their experience. In the local media, the giant winged beast became known as "Mothman." Legend has it that the cluster of ominous Mothman sightings of 1966 and 1967 were actually a dark omen predicting a horrific disaster.

Sightings of the Mothman ceased soon after the tragic collapse. Some theorize that the creature was actually a large bird, such as a sandhill crane, which can reach a height of over 3 feet and achieve a wingspan of 6 feet. Still others claim Mothman was a supernatural being. Mothman has most recently been reported in the year 2007.

Today, all that remains of Mothman is a 12-foot-tall stainless steel sculpture of the fearsome monster in Mothman Park in Point Pleasant, West Virginia.

On Nov. 15, 1966, two young couples from Point Pleasant, Roger and Linda Scarberry, and Steve and Mary Mallette told police they saw a large white creature whose eyes "glowed red" when the car headlights picked it up. They described it as a "flying man with ten foot wings" following their car while they were driving in an area of town known as 'the TNT area', the site of a former World War II munitions plant.

During the next few days, other people reported similar sightings. Two volunteer firemen who sighted it said it was

a "large bird with red eyes".

Mason County Sheriff George Johnson commented that he believed the sightings were due to an unusually large heron he termed a "shitepoke". Contractor Newell Partridge told Johnson that when he aimed a flashlight at a creature in a nearby field its eyes glowed "like bicycle reflectors", and blamed buzzing noises from his television set and the disappearance of his German Shepherd dog on the creature.

Wildlife biologist Dr. Robert L. Smith at West Virginia University told reporters that descriptions and sightings all fit the Sandhill Crane, a large American crane almost as high as a man with a seven foot wingspan featuring circles of reddish coloring around the eyes, and that the bird may have wandered out of its migration route.

There were no Mothman reports in the immediate aftermath of the December 15, 1967 collapse of the Silver Bridge and the death of 46 people, giving rise to legends that the Mothman sightings and the bridge collapse were connected.

UFOlogist Jerome Clark writes that many years after the initial events, members of the Ohio UFO Investigators League re-interviewed several people who claimed to have seen Mothman, all of whom insisted their stories were accurate.

Linda Scarberry claimed that she and her husband had seen Mothman "hundreds of times, " sometimes at close

range, commenting, "It seems like it doesn’t want to hurt you. It just wants to communicate with you. "

Cryptozoologist Loren Coleman claims that sightings of Mothman continue, and told USA Today he re-interviewed witnesses described in Keel's book who said Mothman was "a huge creature about 7 feet tall with huge wings and red eyes" and that "they could see the creature flapping right behind them" as they fled from it.

Some UFologists, paranormal authors, and cryptozoologists believe that Mothman was an alien, a supernatural manifestation, or an unknown cryptid. In his 1975 book The Mothman Prophecies, author John Keel claimed that the Point Pleasant residents experienced precognitions including premonitions of the collapse of the Silver Bridge, unidentified flying object sightings, visits from mysterious or threatening men in black, and other bizarre phenomena. However, Keel has been criticized for distorting established data, and for gullibility.

Skeptic Joe Nickell says that a number of hoaxes followed the publicity generated by the original reports, such as a group of construction workers who tied red flashlights to helium balloons. Nickell attributes the Mothman reports to pranks, misidentified planes, and sightings of a barred owl, an albino owl, or perhaps a large snowy owl, suggesting that the Mothman's "glowing eyes" were actually red-eye effect caused from the reflection of light from flashlights or other bright light sources.

The area lies outside the snowy owl's usual range and locals, unfamiliar with such a large owl, could have misidentified the bird.

Folklorist Jan Harold Brunvand notes that Mothman has been widely covered in the popular press, some claiming sightings connected with UFOs, and others claiming that a military storage site was Mothman's "home". Brunvand notes that recountings of the 1966-67 Mothman reports usually state that at least 100 people saw Mothman with

many more "afraid to report their sightings", but observed that written sources for such stories consisted of children's books or sensationalized or undocumented accounts that fail to quote identifiable persons.

Brunvand found elements in common among many Mothman reports and much older folk tales, suggesting that something real may have triggered the scares and became woven with existing folklore. He also records anecdotal tales of Mothman supposedly attacking the roofs of parked cars inhabited by teenagers in lovers lanes.

Point Pleasant held its first Annual Mothman Festival in 2002 and a 12-foot-tall metallic statue of the creature,

created by artist and sculptor Bob Roach, was unveiled in 2003. The Mothman Museum and Research Centeropened in 2005 and is run by Jeff Wamsley.

The Festival is a weekend-long event held on the 3rd weekend of every September. There are a variety of events that go on during the festival such as guest speakers, vendor exhibits, and hayride tours focusing on the notable areas of Point Pleasant. 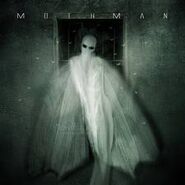 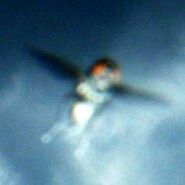 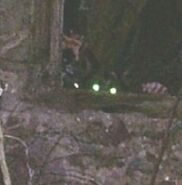